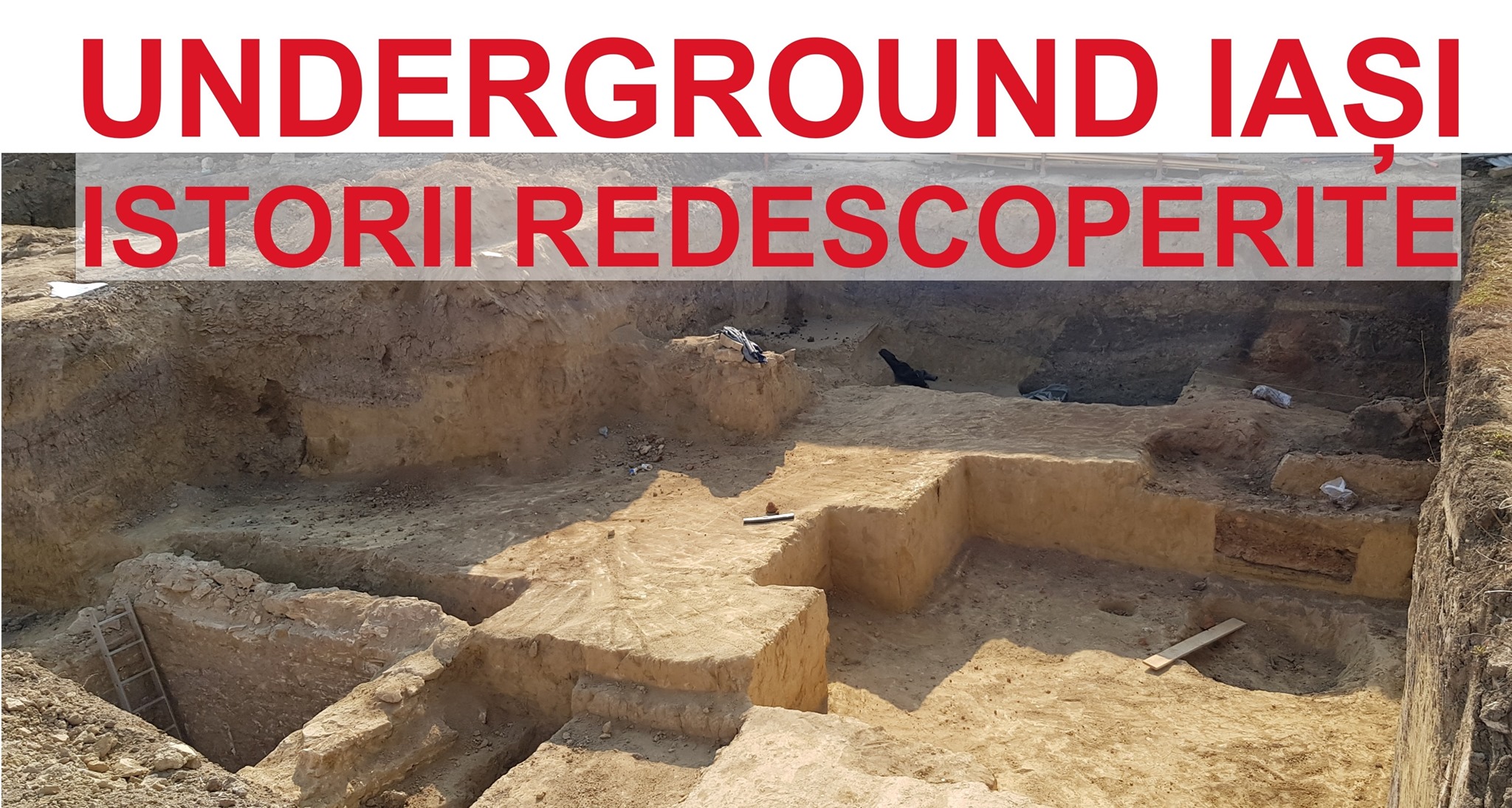 The National Museum Complex “Moldova” Iași, together with the partner Fornleifastofnun Islands (The institute of Archeology of Iceland) from Reykjavík, carries out the project “Underground Iași – Rediscovered (Hi)Stories“, financed by the SEE Grants 2014-2020, from the RO-CULTURA Programme, call ”Innovative exhibitions of restored objects supported”.

The project is carried out in partnership with the Institute of Archeology of Iceland and has as general objective to create an exhibition for revaluation of the objects discovered following the archaeological excavations carried out in Iași în the past few decades. In this context, The National Museum Complex “Moldova” through the History Museum of Moldova, The Center Heritage Conservation and Restoration and the Public relations, logistic, marketing, projects and programs Department will organize at the Palace of Culture from Iași an innovative and interactive exhibitions.

The general objective of the project is to promote the artifacts discovered following the archaeological excavations from the City of Iași, by organizing an interactive exhibition.

1.Increasing the museum attractiveness and the visibility of the local heritage in the European context by organizing an innovative exhibition with restored cultural assets.

2.Increasing the general population knowledge about the local history, by attracting 5,000 visitors during the innovative interactive exhibition with restored cultural assets.

3.Improving the professional skills of the museum employees by training a number of six persons in the Educational and Know-how transfer Workshop.

The project “Underground Iasi – Rediscovered Histories” facilitates a new perspective on the history of the city in the light of archaeological excavations, as they exploit the results of archaeological research, both preventive and for salvage, carried out in areas close to the historic center of the city of Iasi, related to information from  documents of the epoch.
The contemporary city, regardless of its age, develops according to the own rhythm of the current community. The needs in terms of upgrading and construction work must, in such a historical context, take into account the reality that characterized earlier eras, so as not to irreparably perish the cultural heritage remaining from forerunners. Archaeological research undertaken in areas on the outskirts of medieval courts allowed the discovery of artifacts that complete the image we have today of the 17th-century city of Iasi, and shows previously unknown facets from the urban past. Epoch documents do not always provide sufficient information about the use of space, street structure, professions and crafts, or about everyday life, elites and marginals. For this reason, newer or older archaeological discoveries, due to the inherent changing of the city, complements the partial images that we can outline nowadays based on previously known data. Archaeologically discovered material culture is the only one that can help us understand and reconstruct for communication to the public the issues mentioned above. In this regard, discovered artifacts must be laboriously restored and preserved in order to be integrated into a wider paradigm, the one of the exhibition. The project capitalizes on objects discovered in archaeological excavations in rather central areas of the city of Iasi, performed at different moments during the last half-century. These objects are nowadays  part of the patrimony of Moldavia’s History Museum within “Moldova” National Museum Complex of Iasi, and will be correlated, within the project, with information from specialized documentation, all resulting from the need of anchoring the museum into the contemporary through the integration of modern techniques and technologies for exhibiting cultural heritage.